The Extraordinary Summit of Heads of State and Government of the African Union, dedicated to the institutional reform of the Union ended this 18 November 2018 in Addis Ababa.

Here are the main decisions and a few personal reflections on how change may happen in our continent.

This blog comes to update/complement my previous blog published prior to the Summit and should be read together with it. 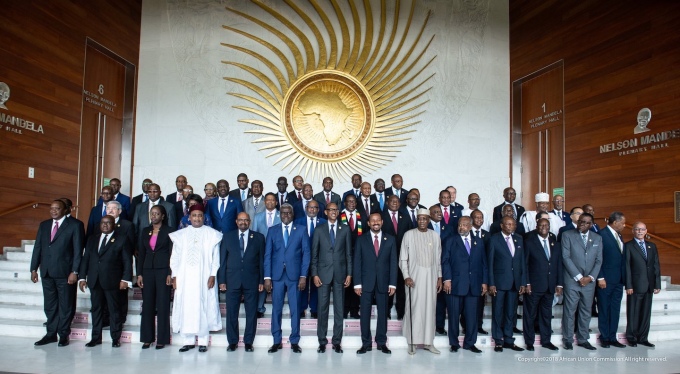 The new structure of the AU Commission will be as follows:

The change include mainly the following:

This new structure will come into effect at the end of the current tenure of the AU Commission in 2021.

Important principles to guide the selection process of the senior leadership of the Commission;

The Assembly called for the conclusion of a permanent Host Country Agreement for the African Union Development Agency (AUDA) with the Government of South Africa.

This reform is an on-going process. More and more organs of the Union will be reviewed as we move and the process will surely not stop with the end of President Kagame’s tenure as Chairperson of the Union in January 2019. He will remain the champion of the reform and the issue is likely to remain on the top of AU agenda given the large principle adherence of member states to the reform agenda, despite the divergence  of opinion on the How…

In the end, the refocusing of the AU to a few continental issues, wanted by President Kagame has not happened. We only see a restructuring/reshuffling of portfolios… Now it is important to leverage the principles of subsidiarity, complementarity and comparative advantage while discussing the division of labor with the Regional Economic Communities.

How will change happen in Africa?

My personal view here is that, the restructuring of the Commission and other organs of the Union, to better deliver on their mandates, and the adoption of performance based management principles are excellent steps ahead. However, African people’s life can be really impacted only, if the adopted decisions, standards and values are effectively implemented at national level by member states. For this to happen, there is a need for an effective accountability mechanism to be handled by a strong, empowered and capacitated AU Commission and relevant organs vis a vis member states in transparent and objective manners… and as I pointed it out in my previous blog, a sanction regime for the non-implementation of African Union decisions at national level is still the missing element in the reform agenda. It should be discussed soon. The overall rate of implementation of AU decisions at national level is below 15% according to various reports… We should fix this by all means in order to get to the Africa we want.

2 thoughts on “African Union Reform Decisions: How will Change Happen?”